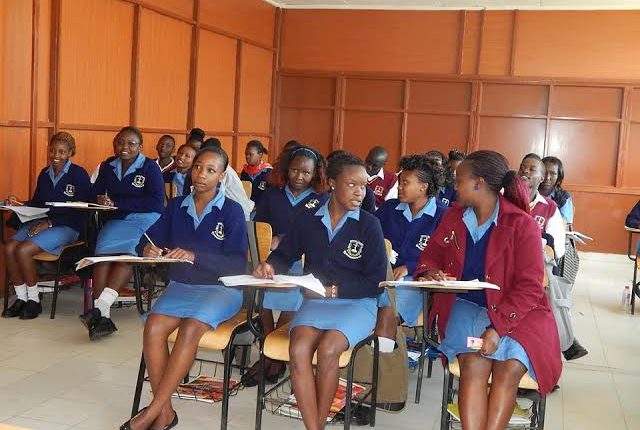 Is Wearing Uniforms that Bad?

University students take in a sigh of relief after the viral screenshot of Prof. Magoha stating that they must wear uniforms was declared deceptive

Surprisingly, many did not take this with any depth of seriousness since the CS was instead turned into a laughing stock on social media.

Despite this issue receiving clearance, we should scratch our heads and remember that not long ago the former education Cs Fred Matiangi had proposed a similar thing. He went further to talk of separation of boys and girls even in their classes besides their places of residence.

The viral post also claimed that university students were also not allowed to date on campus nor be seen together.

Anyway, with all this social media madness, do you think that such a proposal existed? Food for thought my people.

Pros for Wearing Uniforms on Campus

Come to think of it; is wearing uniforms on campus that bad? We all wore uniforms right from kindergarten up to high school level yet no complains. This shouldn’t be so hard right? In cutting this suggestion some slack, let us consider some of the benefits of wearing uniforms.

First, uniforms represent an institution’s brand and also instill discipline in students. Each school usually has its own uniform different from other schools.

Secondly, right from the term’ uniform’, uniforms bring about uniformity or equality among students and represent them as just learning individuals.

If these campus students would be frank, they would all testify on how most of them struggle on what to wear, especially the ladies.

Wearing Uniforms will Bring Moral Sanity in Our Universities.

There have been several concerns regarding the dress code of some of the students as they have been said to be in ‘seductive’ dress codes.

Several lecturers have complained about the same but with my dress my choice, can you really restrict somebody’s dress code?

In addition, uniforms give one a sense of seriousness. They get you in a serious mood and remind you of what you came to do.

Additionally, we already have students in other institutions who put on uniforms. These are mostly from technical institutions especially those for teachers and also all KMTC students’ countrywide. If they are wearing them why not those from varsities?

Will the Social Media Jokes about the CS Trigger his Actions in the Future?

On the other hand, some may argue that purchasing uniforms is costly, but is it? In comparison to the regular casual outfit?

SRC’s Move That Will Affect Allowances Paid to State Officers

This might probably be the only disadvantage that one would find in wearing uniforms.

It would also be quite hilarious seeing our older students putting on uniforms, after all they cannot be segregated, as they attend similar classes with the younger students.

Some may find this as an impossible phenomenon but if we are considering shifting to a new curriculum, what would be deemed impossible? As for now, the issue of campus students wearing uniforms is under the bridge. We are therefore just anticipating more changes in the education sector with our current no-nonsense education CS.