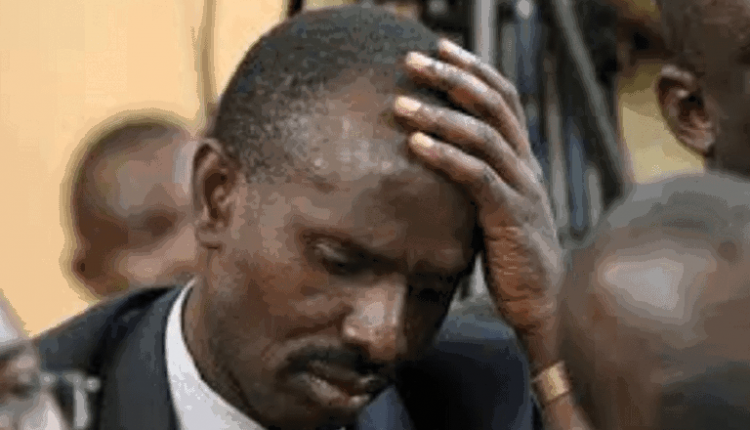 After a long tussle, the Teachers Service Commission (TSC) has formally deregistered the Kenya National Union of Teachers (Knut) embattled Secretary General Wilson Sossion.
In a gazette notice posted on October 29, the teachers’ employer said that it had terminated the contract of Sossion. This means that he is no longer teacher and is prohibited from teaching in any public or private school.
The gazette notice read: “The Teachers Service Commission has removed the name of the individual named herein (Wilson Sossion) from the register of teachers. Further under the law, the individual cannot engage in teaching in any school”.

Sossion’s deregistration is a culmination of a long tussle between the embattled Knut leader and the TSC. The process began in January 2018 but it had been delayed due to a long running legal battle between the two parties. However, it appears that the battle has only started following the move to officially deregister the outspoken Knut leader.
Sossion’s trouble began when he nominated to parliament by the Orange Democratic Movement Party. According to the country’s statutes, a civil servant cannot assume a political office unless he/she resigns. Therefore, there was pressure on Sossion to turn down the offer if he wished to continue being a teacher and the Secretary General of Knut. However, he accepted the nomination.
The TSC argued that Sossion’s acceptance of the nomination was a violation of his contract as a teacher and a public officer. Meanwhile, Knut put pressure on him to resign as its Secretary General. The positions of the TSC and Knut would spark a series of lawsuits and union wars that aimed to oust him in his two positions.

Sossion appeared to have won the battle when the Labor and Employment Court reinstated him as a teacher and leader of Knut. TSC’s move is another twist to a saga that appears to continue in the foreseeable future.

Reacting to the gazette notice of TSC, Sossion claimed that his deregistration as a teacher did not take away his right to participate in union activities. Therefore, he insisted that he still holds his powers at Knut and will continue doing so.
Sossion’s deregistration raises questions about the motives of TSC.

The commission went to deregister Sossion because of his nomination to parliament yet it had not deregistered Omboko Milemba who is also a union official and was elected as MP of Emuhaya in 2017. The TSC has not given a reason why it did not deregister both.

3 Importance of ‘Big Data’ in Education

SRC’s Move That Will Affect Allowances Paid to State Officers