In this post, we present Dr. Jamleck Muturi John’s personal details not known to the public, his full education background, previous jobs held, and academic work profile. So, let’s get started.

Dr. Jamleck Muturi John has been appointed by President Uhuru Kenyatta to serve as the Chairperson for the Teachers Service Commission, TSC.

Not a lot of information can be found concerning the new TSC Chairperson Dr. Mururi. However, Teacher.co.ke has researched more on him, and thereby presents the following full biography.

Dr. Jamleck Muturi John started his Primary Level education at Karau Primary School in Manyatta Division, Kathangariri Zone of Embu North Sub County in Embu County from 1975 to 1981. He left the school in 1981 with his C.P.E Certificate.

He then joined Kamama Boys Secondary School in Embu County in 1982 before sitting for his Kenya Certificate of Secondary Education KCSE in 1985.

In 1986 he was admitted to Chogoria Boys High School, where he obtained his K.A.C.E. (Advanced level) certificate 1987.

Jamleck later joined Kenyatta University, Nairobi, in 1989 to pursue a science education course. 1n 1991 he graduated with B.Ed. Science in Botany and Zoology

He later on enrolled to study a Masters in Science in Agricultural Entomology postgraduate program within the same university between the years 2001 and 2004.

In 2004, Muturi enrolled at the Institute of Personnel Management (IPM (K)) and earned a Higher Diploma in Human Resource Management (HDHRM) in 2005.

From 2006 to 2011, Muturi successfully pursued and earned his Ph.D. in Agricultural Entomology, still at Kenyatta University.

The following are some of the additional pieces of training, Workshops, and Conferences that have been attended by Dr. Jamleck Muturi. The details include the period and their achievements.

In 1998, Dr. Muturi received an International award on Volunteerism by the Canadian Government.

Currently, Dr. Muturi is an active member of the Entomology Society of Kenya (ESK), and he’s also a member of the Africa Association of Insect Scientists (AAIS). His membership dates back from the year 2013.

Other Professional Training and Skills Undertaken by Dr. Jamleck Muturi 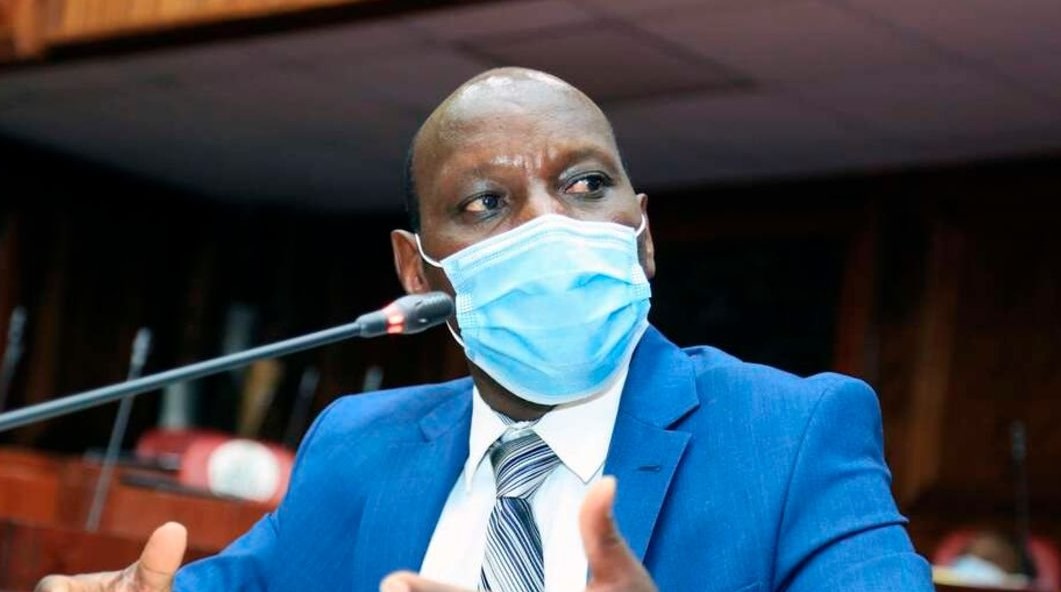 2020 K.C.P.E PAST PAPERS AND MARKING SCHEMES

2018 K.C.P.E Past Papers and Marking Schemes

2019 K.C.P.E PAST PAPERS AND MARKING SCHEMES

2018 K.C.P.E Past Papers and Marking Schemes

Form 1-4 Topic by Topic Questions and Answers (ALL Subjects)

KNUT Pushing for Replacement of TSC Chair and 7 Commissioners

Press Release of Executive Office of the President in Full

President Uhuru to Lead Discussions on Reopening of Schools

Schools to Remain Closed Until Stakeholders Agree On Safety Measures