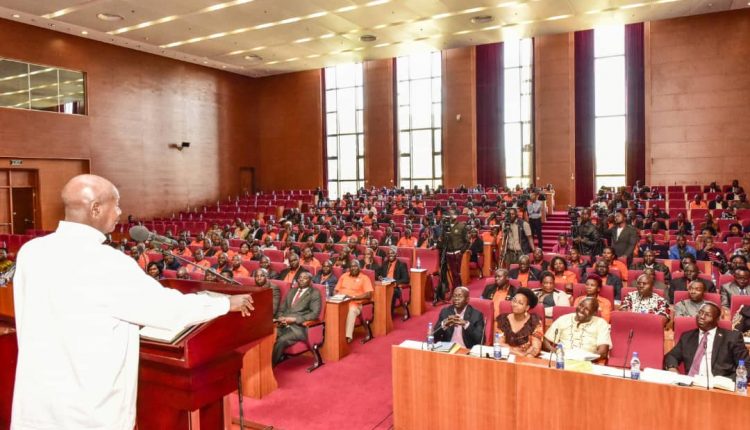 We have better issues to deal with other than increasing teachers’ salaries”, this is what Uganda government previously said.

Well, well, well, seems that Kenyan teachers are not the only ones with financial cry outs to the government.

The Uganda National Teachers’ Union (UNATU) threatened to hold an industrial action countrywide after the government failed to honour its end of the bargain.

Unfortunately, the government’s response was disheartening to the Ugandan teachers. What it had to say was that they had bigger issues to deal with other than increasing teachers’ salaries.

The Ugandan government has failed in keeping the end of their bargain since early last year in the month of February.

The Ugandan teachers through their unions, previously had talks with the government regarding salary increment. They both signed a Collective Bargaining Agreement (CBA) on June 22nd 2018.

The agreement’s implementation was supposed to commence immediately, but due to financial constraints on the government’s side, it was agreed for it to occur in three phases.

According to UNATU’s secretary general Mr. Baguma, the first phase of the CBA was successful.
However, the second phase experienced failure. It never saw the light of the day.

Mr Baguma added that the frustrating thing was that the government neither fulfilled the implementation nor made any communication regarding the same to the ten public service unions.

The teachers then gave a 90-day strike notice to the government which expired recently thus leading to their decision.

15,000 Ugandan Teachers to be Dismissed over Forged Documents

UNATU’s Secretary general continued to say that the issuance of teachers’ salaries has also been problematic. Teachers with similar qualifications end up receiving different salaries.

This strike is deemed chaotic as UNATU houses thousands of teachers in primary, secondary and tertiary schools in Uganda.

We can all imagine how this will continually affect the children’s performance especially since their second term begun on May 27th.

Government Claims they did not receive any Strike Notice!

Surprisingly, the Uganda’s Education Permanent Secretary, Alex Kakooza, denied having received any notice from UNATU regarding the industrial action.

Mr. Baguma, the UNATU Secretary General, on the other hand, disagreed with the Education PS. He stated that he had proof that the education P.S office had received their notice. This is because one of the copies bears a stamp of Education PS’s office.

Honestly, the Ugandan government should keep in mind that a teacher is an important person in the society. Without them who would train doctors, lawyers, politicians, and every other educated person?

The government should thus stop ignoring their pleas and make a point of settling their indifference.

Adhering to these grievances should be part of those “important” things they are referring to.

All governments should take teaching profession seriously and allow our teachers to live comfortably.

Before the Ugandan teachers had made the classes and schools ‘messy’ as Senetor Wetangular would put it, Museveni swung into action.

The president had talks with the UNATU officials before agreeing to call off the strike.

Museveni promised to give the teachers 50 percent of what the were to receive in the second phase of the CBA agreement.

5 Life Skills that Every Teacher Must Have

The Art of Guidance and Counseling: The Basics